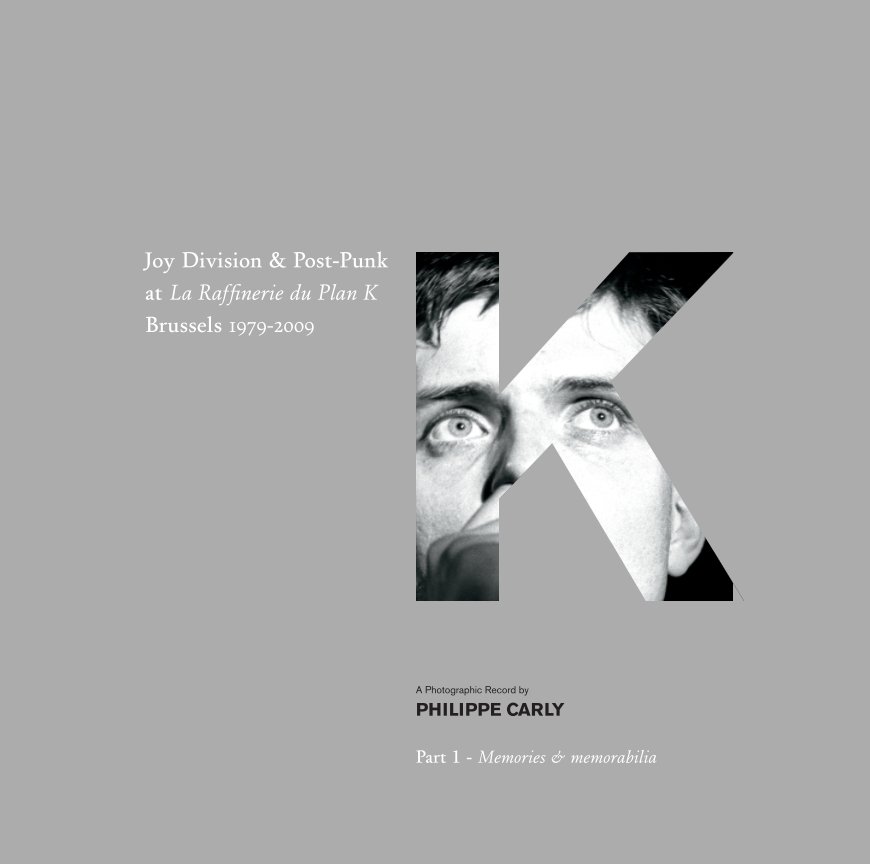 New York had CBGB, Paris had Les Bains Douches, Amsterdam had the Paradiso, Manchester had its Haçienda… And from 1979 to 1986 the Belgian capitol Brussels had Plan K, a wondrous “counter-cultural centre” housed in a former sugar refinery, and destination of choice for those seeking cutting edge music, avant-garde happenings, films, dancing, and industrial architecture.
The list of headline attractions at Plan K reads like
a who’s who of post-punk. Joy Division, Cabaret Voltaire, William S. Burroughs, The Human League, Orange Juice, Josef K, Scritti Politti, James White, Tuxedomoon, Front 242, Bauhaus, The Slits and many more. Most of these legendary performances were documented by noted new wave photographer Philippe Carly, who has
selected the best of his images for this rich and varied book, giving readers a unique opportunity to relive these moments as if they were standing in the front row.
Pride of place goes to all 54 images shot by Philippe at two landmark shows by Joy Division at the venue on October 16, 1979 and January 17, 1980. However, he has scanned and carefully restored 270+ original negatives from more than 70 different performances
at Plan K. (bilingual French + English)
Sito web dell'autore
http://www.newwavephotos.com