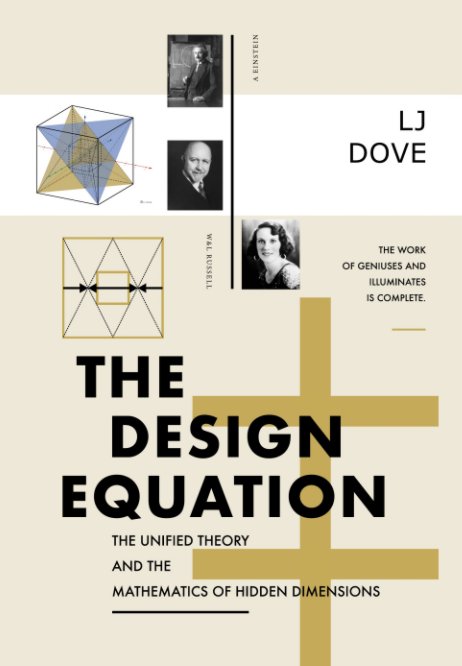 The Unified Theory and the Mathematics of Hidden Dimensions

YES, there is a unified theory, and YES, this book describes the unified theory.
Physics’ holy grail - THE UNIFIED THEORY - is here!

It is not the theory mainstream physics was expecting to see. The unified theory is not a field theory, a string theory, a particle theory, or a multiverse theory.

Lauren Dove became interested in physics in 2004. With mainstream physics mired in complexity, fallacy, and confusion, science in crisis and its cosmology uninspiring, fortuitously, she saw a comment on “Walter Russell and his enigmatic work” and decided to learn more.

Walter Russell was born in 1871 in Boston, MA. He was multi-talented, a polymath, an illuminate, an inspirational public figure, an innovative business leader, and the author of a masterful cosmogony of Universal Law, Natural Science, and Philosophy.

But Dr Russell passed away in May 1963, virtually unknown. Why did his principles not become mainstream curriculum?

After studying the masterpiece for ten years, Lauren discovered the problem. She determined that the cosmogony lacked precise mathematics and has completed it, finding the missing mathematics to support its laws and principles, solving the most challenging problems in mainstream physics, and clarifying long-held misconceptions.

An invaluable text for scientists, teachers, physicists, and mathematicians, The Design Equation-The Unified Theory and the Mathematics of Hidden Dimensions will unite science and shock the world.

A must-read for anyone longing to understand the universe and the mechanics of Creation.
Sito web dell'autore
http://www.theunifiedtheory.com