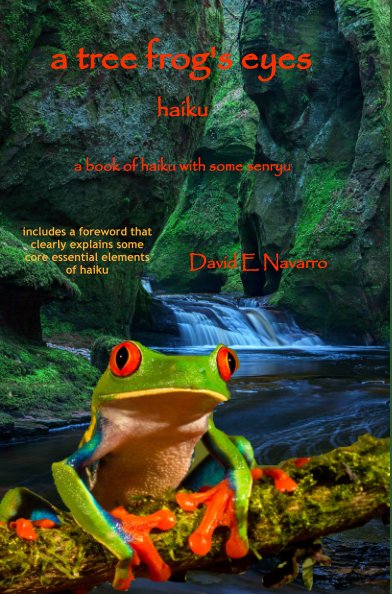 A definitive collection of 194 haiku that brings together a plethora of diverse natural, cultural, and geographical influences from Navarro's life as a wandering poet-philosopher and minister.

Navarro draws on a lifetime of learning haiku, beginning at nineteen years old when he discovered its origins in the heart of ancient Chinese poetry (Sensai and Hõ Un); through the quintessential influences of the four great Japanese hokku/haiku masters, Basho, Buson, Issa, and Shiki—but especially the personal pure-land nature haiku of Issa; to the classic core functional elements of kire (the cut or shift) and kigo (seasonal indication), which infuse haiku with the essential elements of zoka, ma, tathata, and toriawase, which he explains in an extensive Foreword describing the nature and essence of good haiku.

These elements are the core of Navarro's haiku, but he's also experimented with many modern offshoots and adaptations. So the reader will find everything from traditional English language 5-7-5 haiku, to more modern renditions with fewer syllables, some gendai haiku, semantic disjunctions, and even some senryu.

While the underlying essence of his haiku is influenced and inspired by Chinese and Japanese poetry, Navarro's haiku are thoroughly steeped in modern American nature, culture, geography, and tradition. He brings haiku to life in a way that is relatable and accessible to the modern reader while faithfully maintaining the sharp visual nature of the form.
Sito web dell'autore
https://www.de-navarro.com

NavWorks Press is an independent imprint dedicated to "Promoting poetry and the writing arts in English worldwide." We do this by publishing books, providing the We Write Poetry™ Group and Wordshop™ Forum, poetry classes, writing and poetry editing services, providing publishing services, and by way of the Pride In Poetry Prize and the Curio Bookstore. [owned & operated by David E Navarro]